Cinnamon is one of those ingredients that always reminds me of fall. By itself, with nutmeg, cloves, allspice, or sugar, cinnamon is a key player in so many yummy desserts!

Today, I’m sharing 9 of my favorite recipes that incorporate cinnamon in some way, making your home smell amazing and warming your heart. Enjoy! 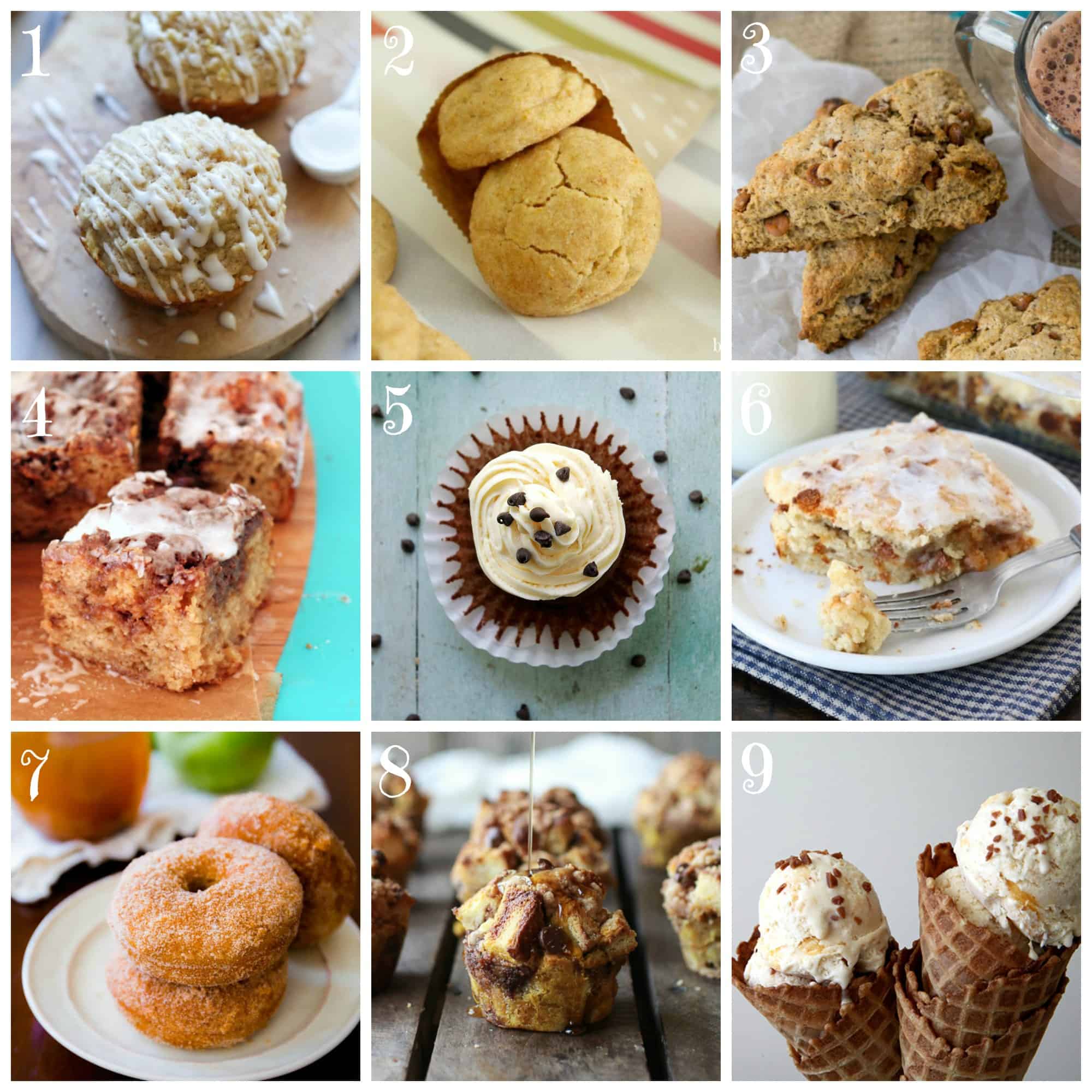 1: This recipe for Vanilla Glazed Apple Cinnamon Muffins sounds so delicious for a cold fall morning. I love the drizzled glaze over the muffin that adds that extra bite of sweetness!

2: Oh my! These Pumpkin Snickerdoodles will rock your world. A soft and flavorful cookie with a crunchy cinnamon-y coating!

3: I love the use of cinnamon chips in these Spiced Cinnamon Chip Scones. Perfect for a fall breakfast and a warm cup of coffee!

4: This Cinnamon Roll Cake looks ah-maz-ing! Make this when your kids have a sleepover or for Christmas morning breakfast. Yum!

5: How cute is this Chocolate Cinnamon Cheesecake Cupcake? I love the combination of cheesecake in a cupcake PLUS cinnamon!

6: These Gooey Cinnamon Biscuits will absolutely brighten your morning!

7: Fall in a donut. Apples, cinnamon, and sugar make up these Apple Cider Donuts. Yum!

8: Oh the deliciousness. These Cinnamon Brioche Chocolate Chip French Toast Muffins with Coconut Streusel are out of this world. My mouth is already watering!

9: Tessa has whipped up an amazing flavor combination in this recipe for Peach Cinnamon Ice Cream. Yum!