Alice In Wonderland Cakes For Your Mad Hatter’s Tea Party

If you’ve got an un-birthday girl with a penchant for Alice in Wonderland, you might be thinking of throwing an Alice-themed party this year. And that means you’re going to need a few things. You’ll need some tea, some cups and saucers, a few teapots, and, of course, a cake. We’ve collected some of our favorite ideas for Alice in Wonderland cakes.

If you love Alice, or your un-birthday girl does, but you’re not really that familiar with the tale, you could, of course, watch one of the two more popular versions on Netflix, Amazon, or some other streaming site. Both the Disney animated film and the versions starring Johnny Depp as the Mad Hatter are great starting points for getting some ideas. But the real source, of course, is the book by Lewis Carroll. 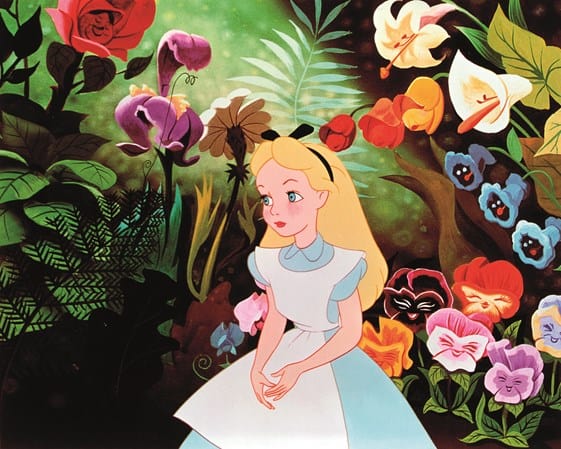 The full title of this classic is Alice’s Adventures in Wonderland. This beautiful little fantasy tale was written in 1865 and is touted as one of the best examples of all time in the literary nonsense genre. Some other literary nonsense authors of note include Dr. Seuss, Flann O’Brien, Woody Allen, and Rudyard Kipling. Not all of their works are nonsense, but these writers have heavily contributed to the genre either by volume or by the significance of a given work.

And these critters play tricks. These tricks, of course, are the source of much nonsense, key plot points, and the times during which the most significant topics in the story are actually addressed. 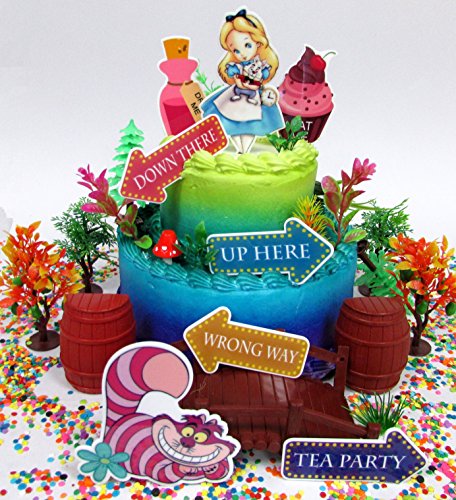 Some of the most famous and most outrageous characters from this tale could be the inspiration for your Alice in Wonderland cakes.

Many also combine the two books that involve Alice and include characters from Through the Looking Glass, which was released in 1872. This is the sequel of Alice’s Adventures in Wonderland and takes place about six months after the first book. Some of the more famous characters from the Alice tales are only found in the second book but are so beloved that they have been inserted into stage and screen adaptations of Alice in Wonderland. Some of those characters include:

Our Favorite Alice in Wonderland Cakes

Pick a fun, colorful scene, like the Mad Hatter’s Tea Party, or the trial before the Queen of Hearts. You can either find figures or cake toppers on sites like Etsy or the Disney store and use these pieces to decorate your colorful cake with scenes. You can also, of course, make a gum paste or fondant series of figures for your cake. 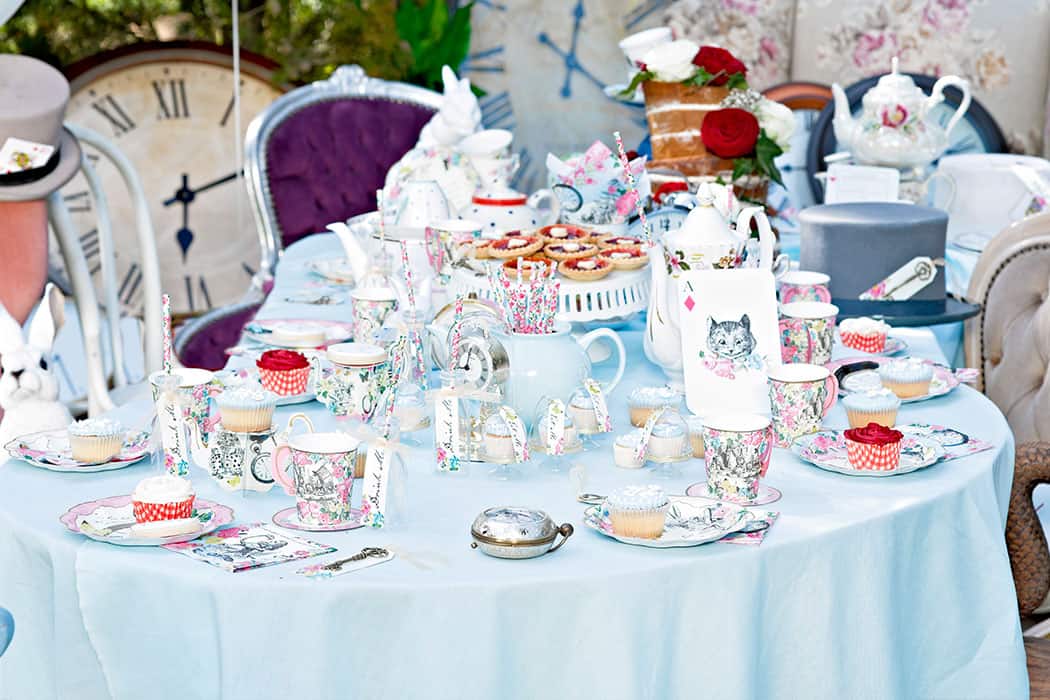 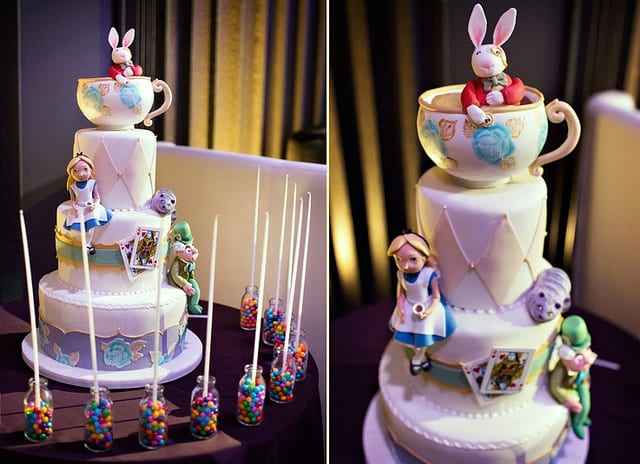 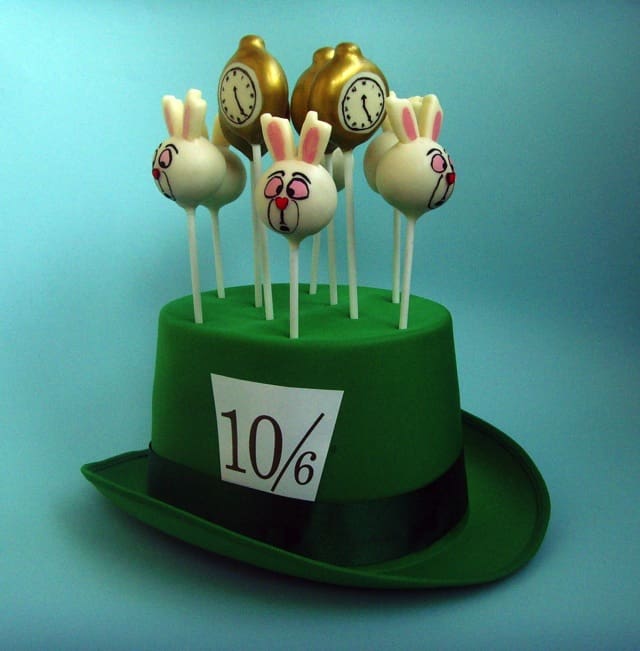 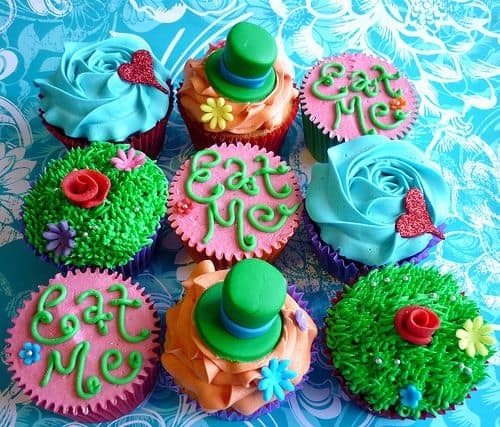 One of our favorite ideas for cupcakes for an Alice in Wonderland-themed party is serving cupcakes in teacups that your guests can take home with them.

Try looking on Craigslist, Facebook Marketplace, local thrift stores, Freecycle, and similar locations to find used teacups that you can gussy up and fill with crumbly deliciousness for your party guests. 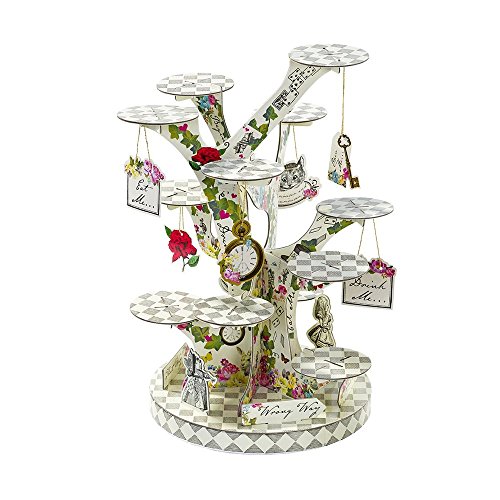 Just remember to have fun with these Alice in Wonderland cakes. And as you throw the best un-birthday party anyone’s ever seen, remember that everybody’s just a little bit mad – and that’s where the fun is.