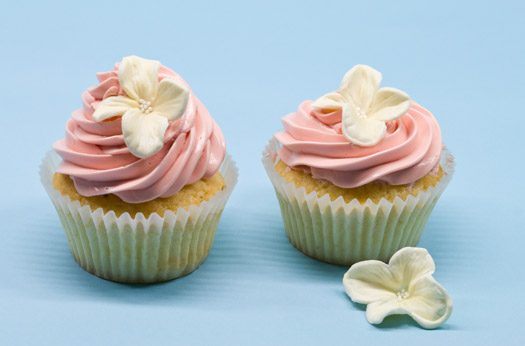 This is the last part of my little “cupcake decorating school”. The final part is about how I pipe my swirls on my cupcakes. Not saying that this is the “right” way, but it is the way that works the best for me. There are many different types of swirls to pipe on cupcakes. Often the final result depend on which type of decorating tip you are using.

If you are new on how to pipe swirls on cupcakes or simply just want to perfecting your swirl techniques. Practice is the only way to do it. With some cupcakes and a batch of buttercream you can pipe swirls, scrape off the buttercream and start over again (of course re-using the buttercream)

I have built up the swirl in three parts, to make it more easy to see and hopefully understand 😉 So here goes:

Step 1:
I have used a star tip with a 11mm opening and filled the pipingbag with Italian Meringue Buttercream. I always start at the center of the cupcake (holding the bag at a 90 degree angle). Move the pipingbag to the right and go anticlockwise. While piping its important that you make sure to lift the tip slightly or it will ruin the star pattern while you pipe. Pipe close to the cupcake paper edge. 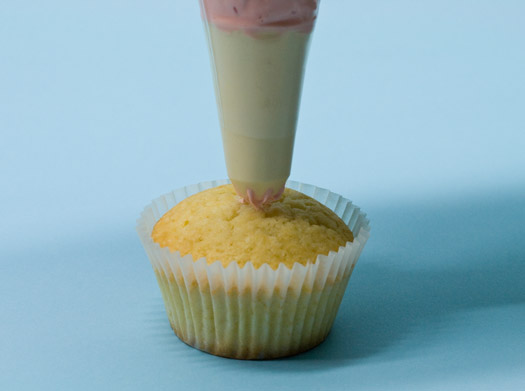 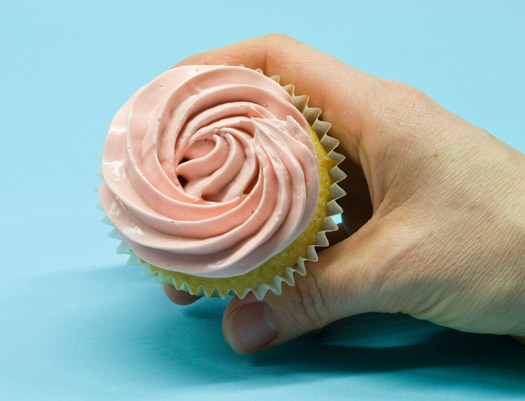 Tip: You can make a more flat swirl by finishing at the center again. Going only 1 round.

Step 2:
After a whole round, pipe a new round on top of the first. 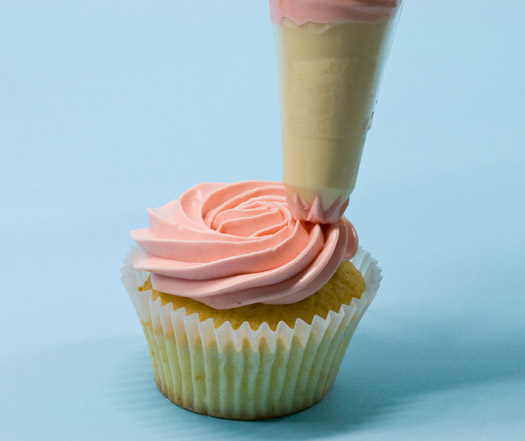 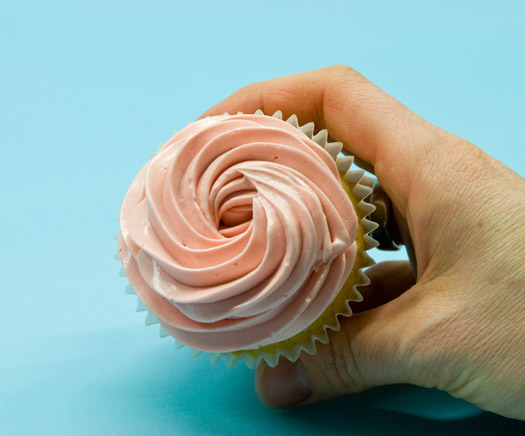 Step 3:
Pipe the final round and finish in the center again. Gently pull back the piping tip. 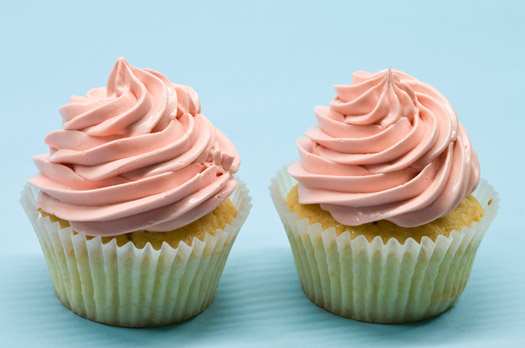 Use the same technique for the mini cupcakes, only piping two rounds. I have used a smaller star tip (9mm) 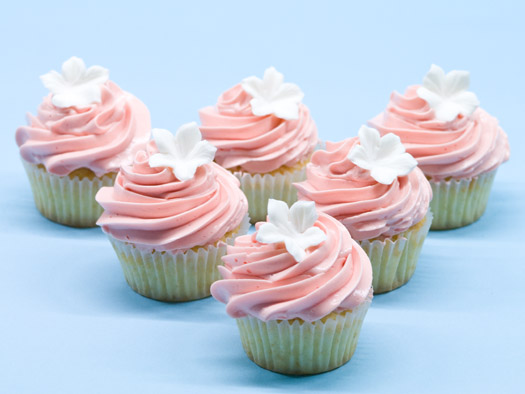 Remember that practice makes perfect. I can sometimes pipe 10 bad swirls, before I am happy with the results 😉

For those who love the “Wilton roses”. Try this special cupcake flowernail as a helper to pipe the flowers on the cupcake.

You can also visit my section all about cupcakes.