How to Make Emmet Figurine Topper from Lego Movie 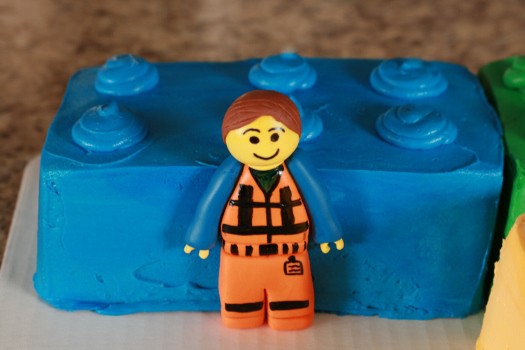 Since the Lego Movie came out, the main character “Emmet” has become a hit. Here is how you make him out of fondant.

Here is what I used: 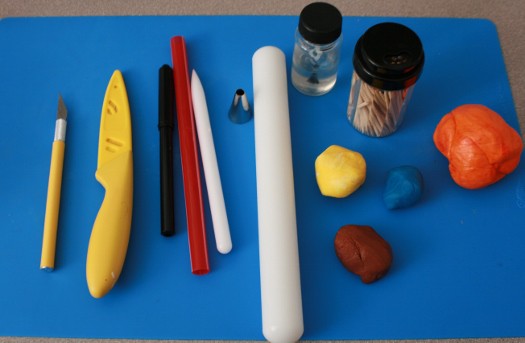 Roll out two equal sized balls with orange fondant. About an inch thick. Using the rolling pin roll them out to a half inch thick. Using the knife cut into rectangles about 1.5x 2 inches. The second rectangle cut the sides on a diagonal as show below. Then make a shallow cut across the bottom, as shown below.

On the other rectangle, using the knife make a shallow cut to form the definition of the feet.  Then cut 2/3 of the way up to make the legs. Then place a toothpick through the legs and sticking out. Add edible glue and place the top on top. 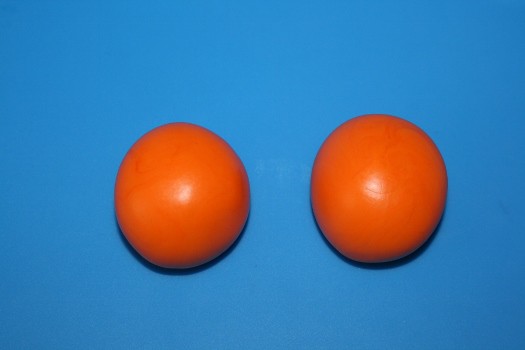 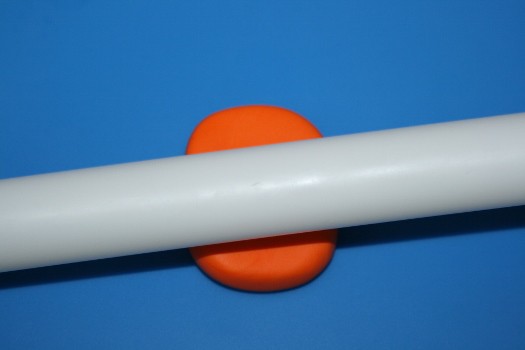 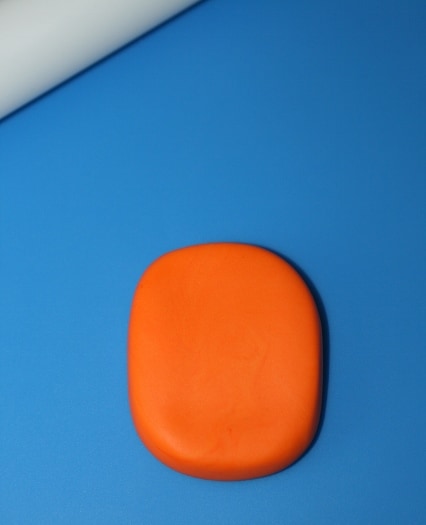 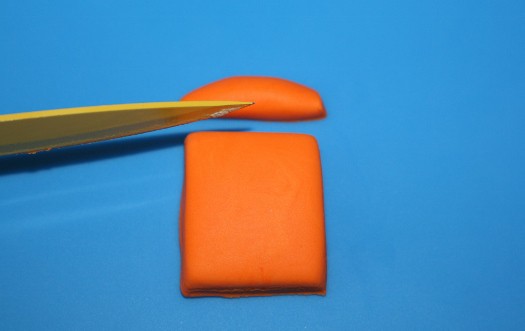 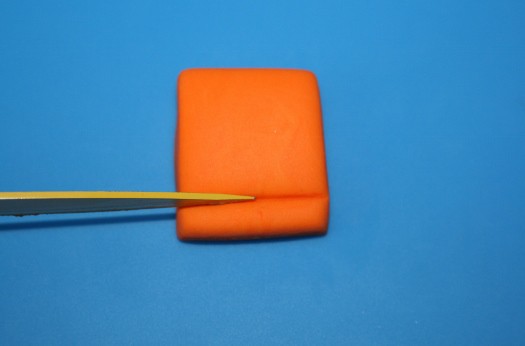 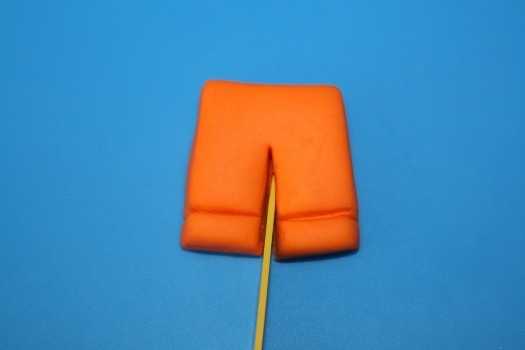 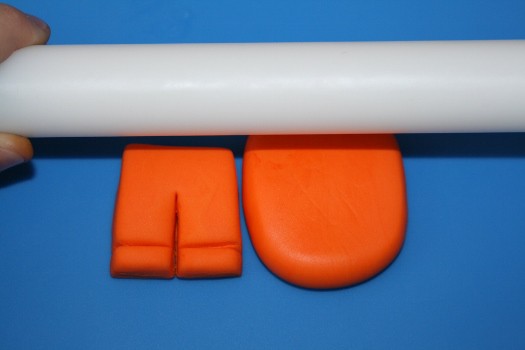 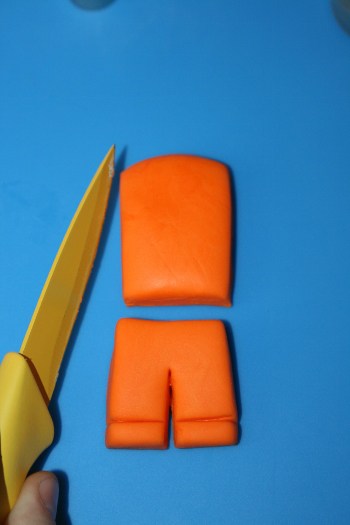 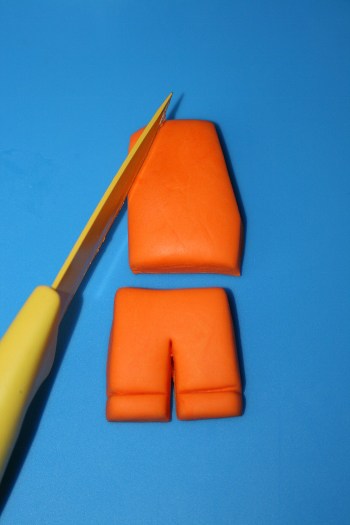 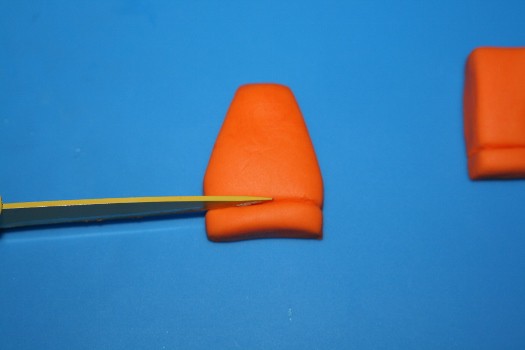 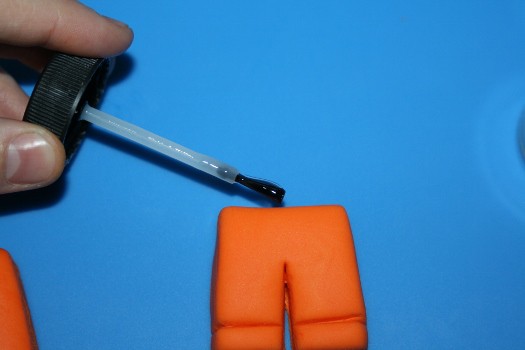 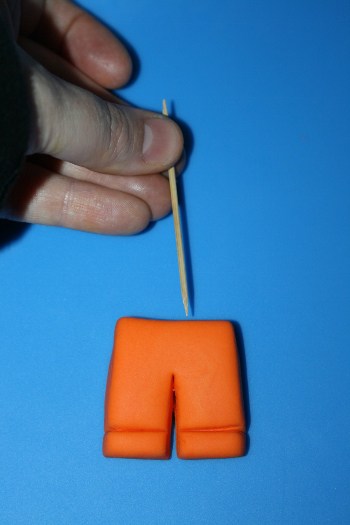 Roll out the blue fondant into a oblong shape. Then cut into half. Make each half into one inch pieces. Using the cel-stick poke one end to each piece. 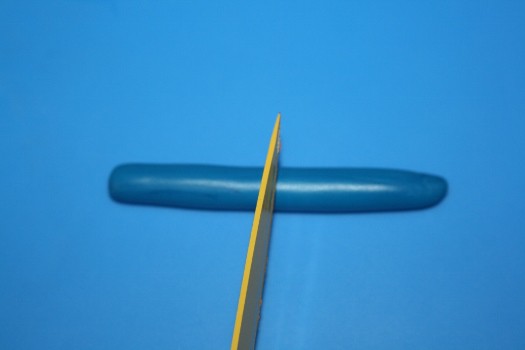 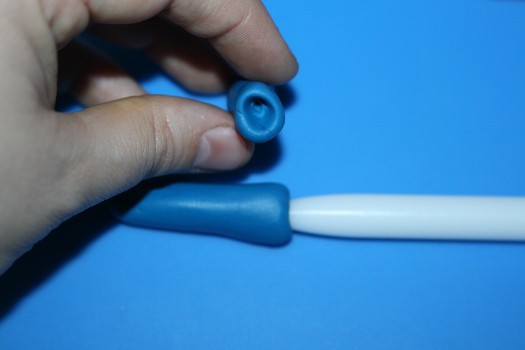 Roll out the yellow fondant. Using the large straw cut out two circles. Using the #10 tip, cut each circle as shown below. Then using your fingers shape the hands. Using the edible glue, attach the hands to the arms. 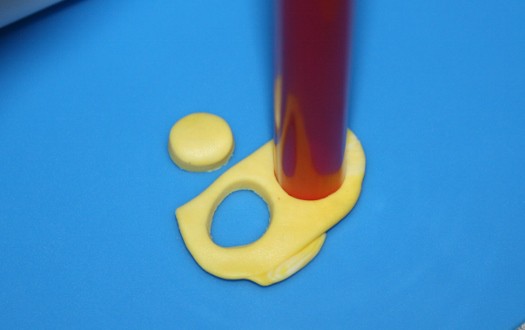 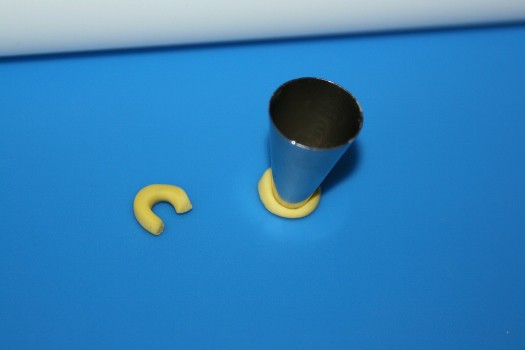 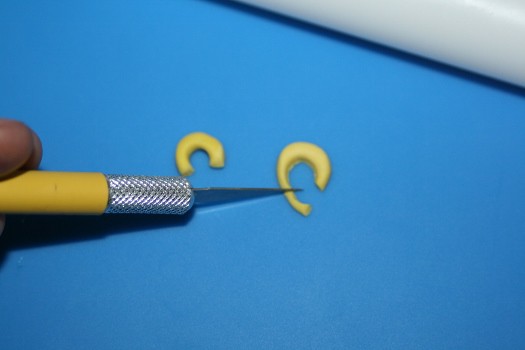 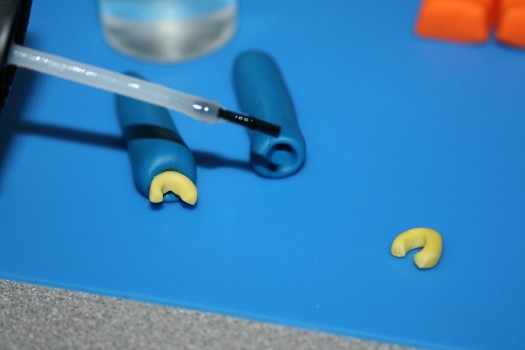 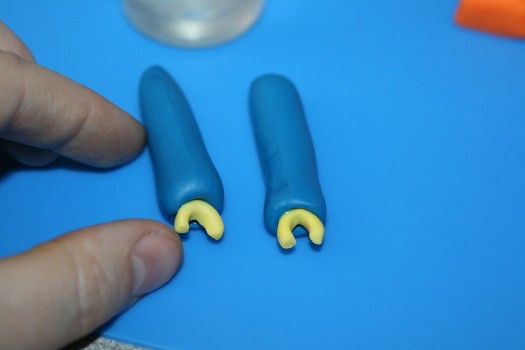 Roll out a large yellow ball. Roll out a small ball and press it flat with your finger. Then with the edible glue attach the neck to the head. Roll out the brown fondant thinly. Cut a rough circle shape. Then add glue to the yellow head and place on the brown hair as shown below. 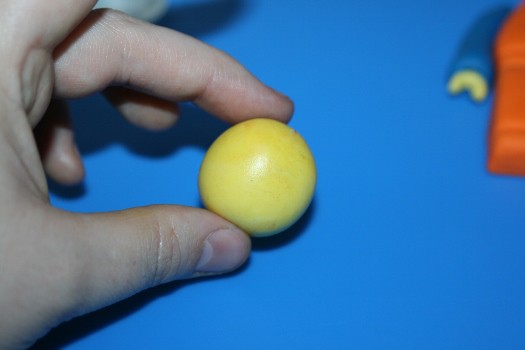 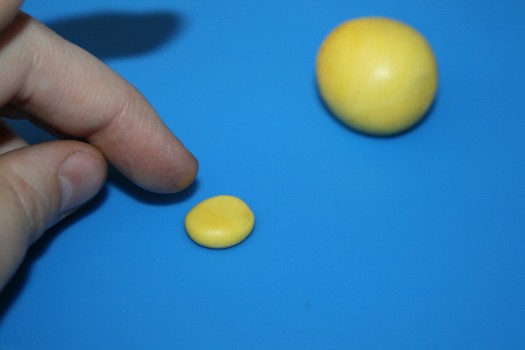 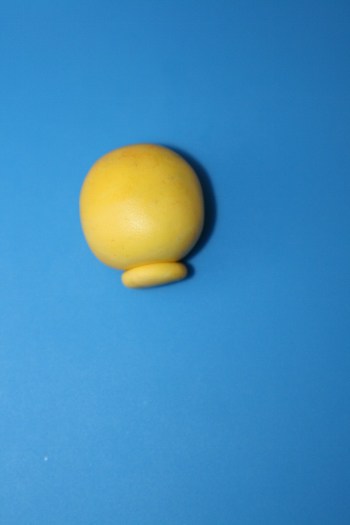 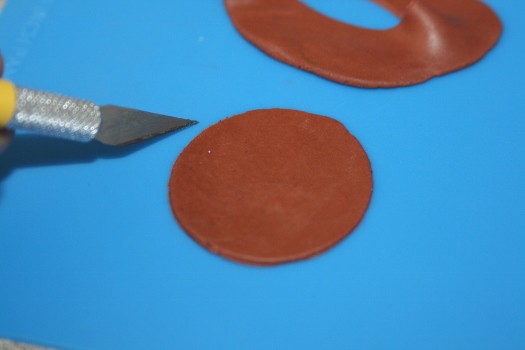 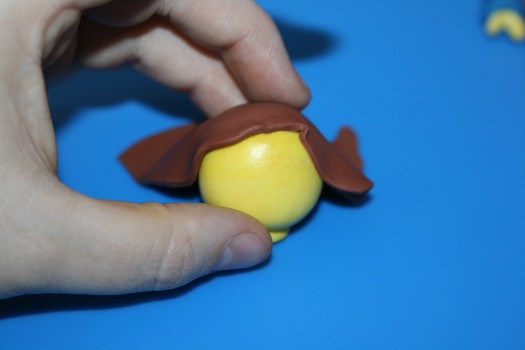 Using the edible marker draw on eyes, eye brows and a mouth. Then glue the head to the top after placing a toothpick into the shirt. 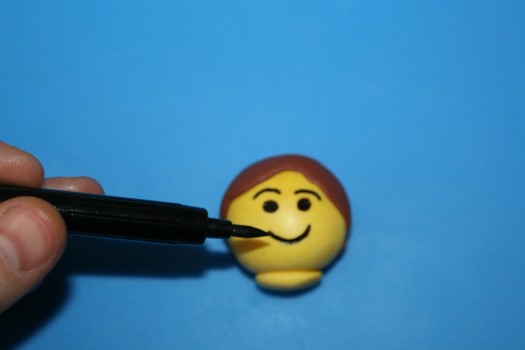 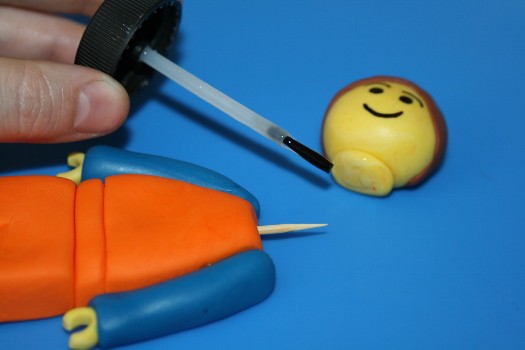 Using the edible marker draw on the details as shown below. 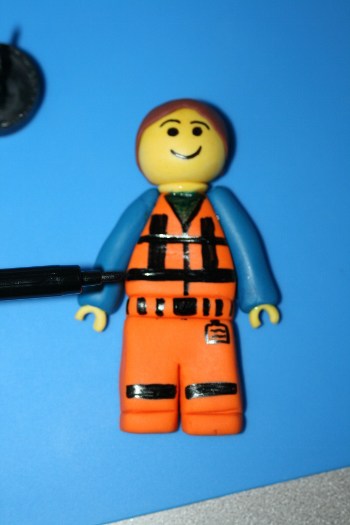 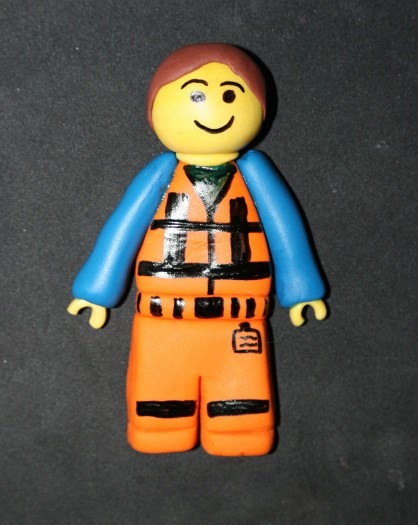