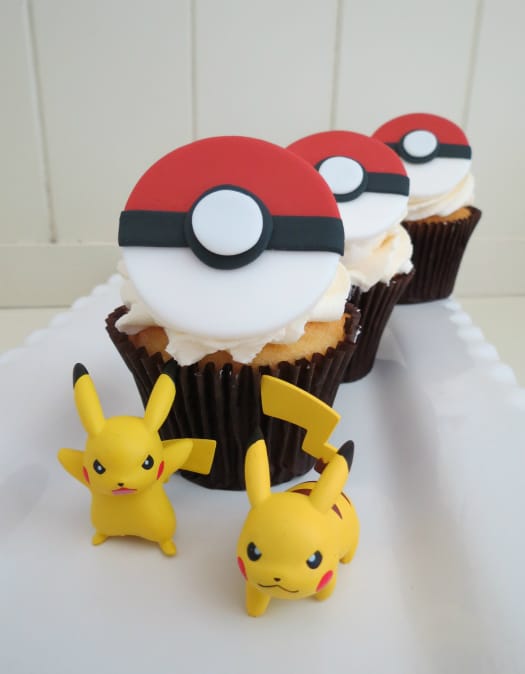 Pokémon Go is a new mobile app that has become a global phenomenon. The game allows you to locate, capture, and battle virtual creatures, called Pokémon. They appear on the screen as though they are in the same real-world location as the player. In the game, the player throws “Poke Balls” at the creatures to capture them. This tutorial gives a step-by-step instruction on maing these iconic Poké Balls into cupcake toppers! 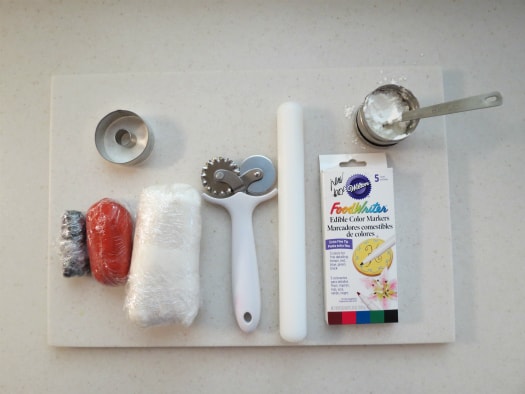 This is what I used: 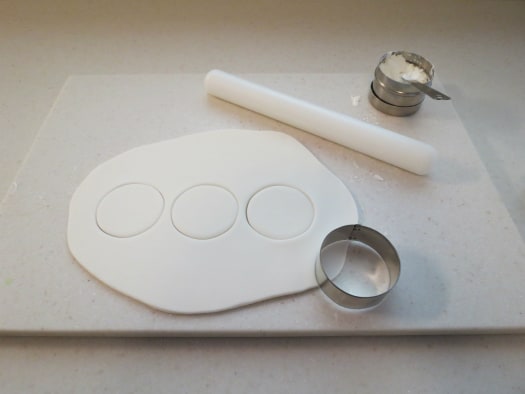 Step 1: Dust the work surface with corn starch and roll out some white fondant. Use the large circle cutter to cut out three white circles for the topper backgrounds. 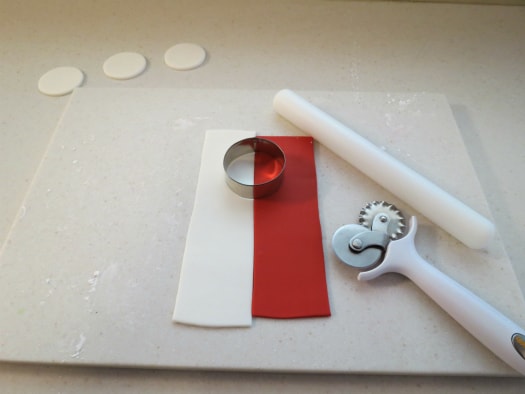 Step 2: Put the background circles to the side. Now roll out a long rectangle or white and red fondant. Trim the edges straight and join them together as shown. 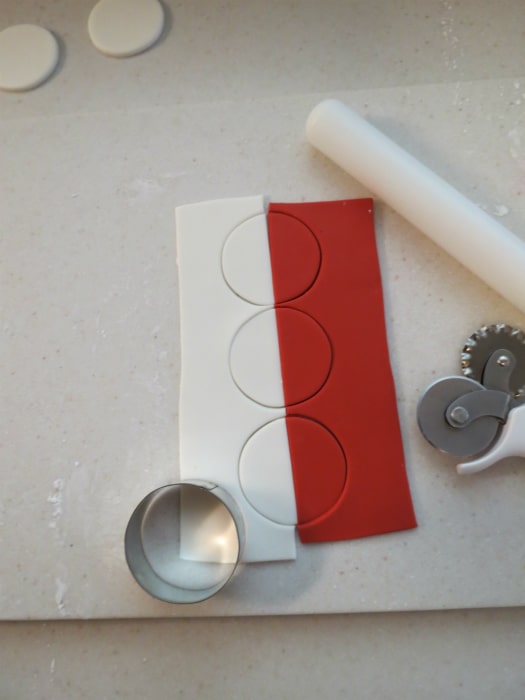 Step 3: Use the large circle cutter to cut out 2 circles that are exactly half red and half white. 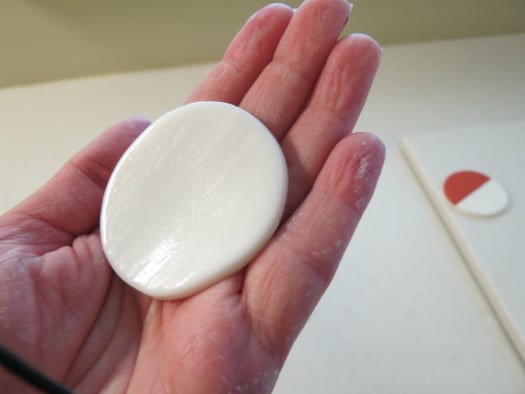 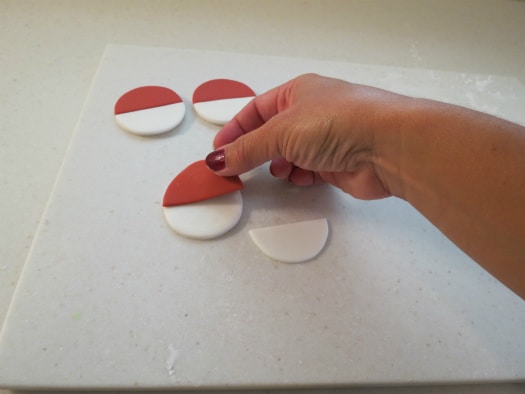 Step 5: Carefully attach the half circles of red and white to each background. 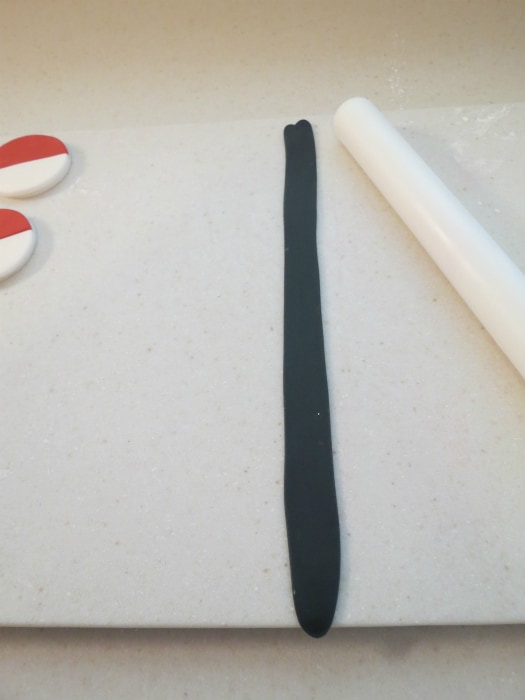 Step 6: Roll out a thin snake of black fondant with the rolling pin. 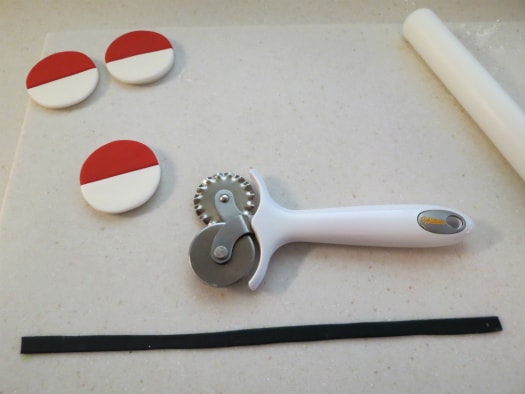 Step 7: Trim the black fondant with the rolling cutter. 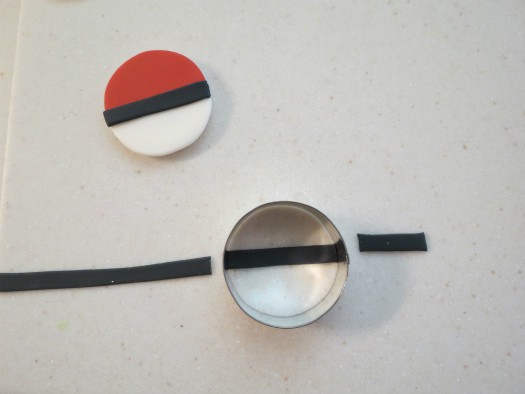 Step 8: Use the large circle cutter to cut out exact sections of the black trim for the middle of each Poké Ball. 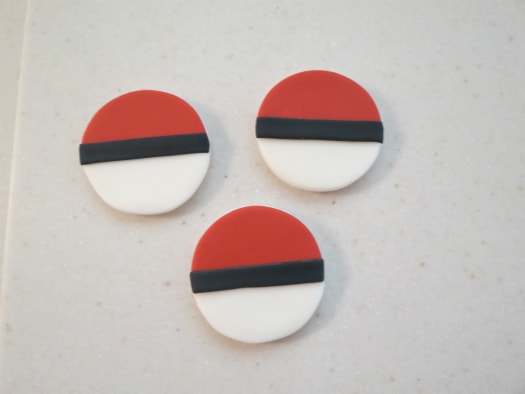 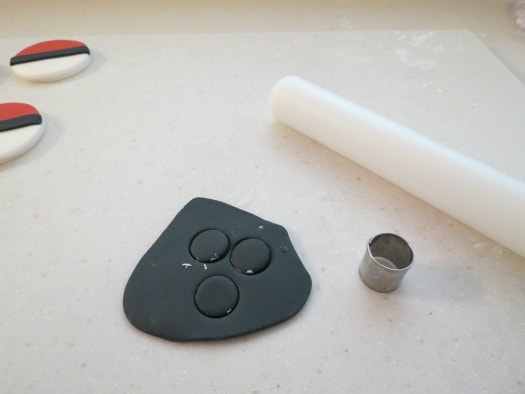 Step 10: Use the small circle cutter to cut out three black circles. Roll them out a little to make them slightly wider.. 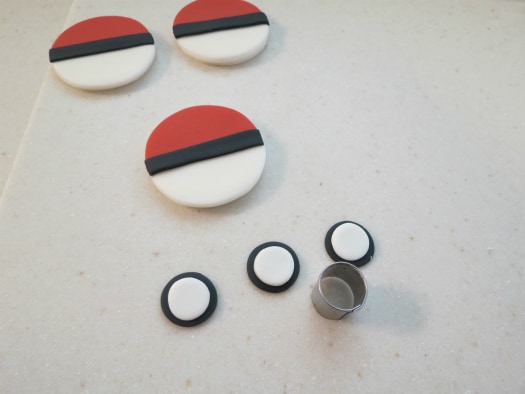 Step 11: Use the same small cutter now to cut out three white circles. They will go on top of the black ones as shown.

Step 12: Attach the circle centers to each Poké Ball. 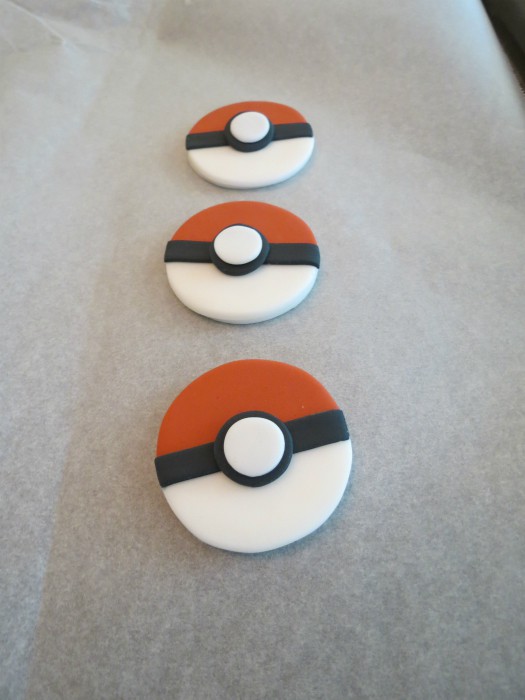 Step 13: Allow the cupcake toppers to dry and harden on a parchment-lined cookie sheet in a cool room.

Allow the toppers to dry for at least 3 days so they will hold their shape. Add them to the top of any home made or store bought cupcakes and delight your Pokémon fans!!